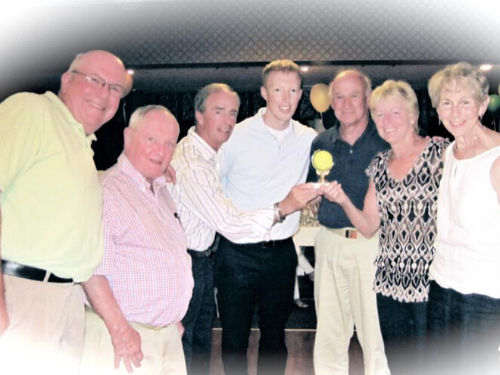 (Fee covers all 6 weeks - show up when you can)

MIX & MATCH WITH WHOEVER SHOWS UP

IT’S a GOOD idEa to REVIEW The WTT RULES, so YOU'LL have some idea of what Is HAPPENING!

DON'T EXPECT TO UNDERSTAND THE FORMAT NOR THE TEAM STRATEGY UNTIL PLAYING SEVERAL TIMES !!!?!?

HISTORY Tennis legend Billie Jean King crated this unique gender-equity team concept in the early 1970s. Bunnie Lahey has run this flexible competitive team league since 1981. It's a great introduction to other players in the area. In the early days, a few of our teams traveled to regional playoffs, meeting some of the tennis greats. After several years, with the dawn of USTA League Tennis, we found teams could not field enough players for the playoff dates, so we decided to run this league solely as a local league. We're always open to joining the national league again. It would be a little more expensive and require more commitment. Please give us your feedback!

WTT FORMAT Each team is comprised of at least two men and two women. Team matches consist of six sets, with one set each of men’s singles, women’s singles, men’s doubles, women’s doubles and 2 mixed doubles. The first team to reach five games wins each set. One point is awarded for each game won, and a nine-point tiebreaker is played if a set reaches four all. If necessary, Extended Play and a “Supertiebreaker” are played to determine the outright winner of the match.